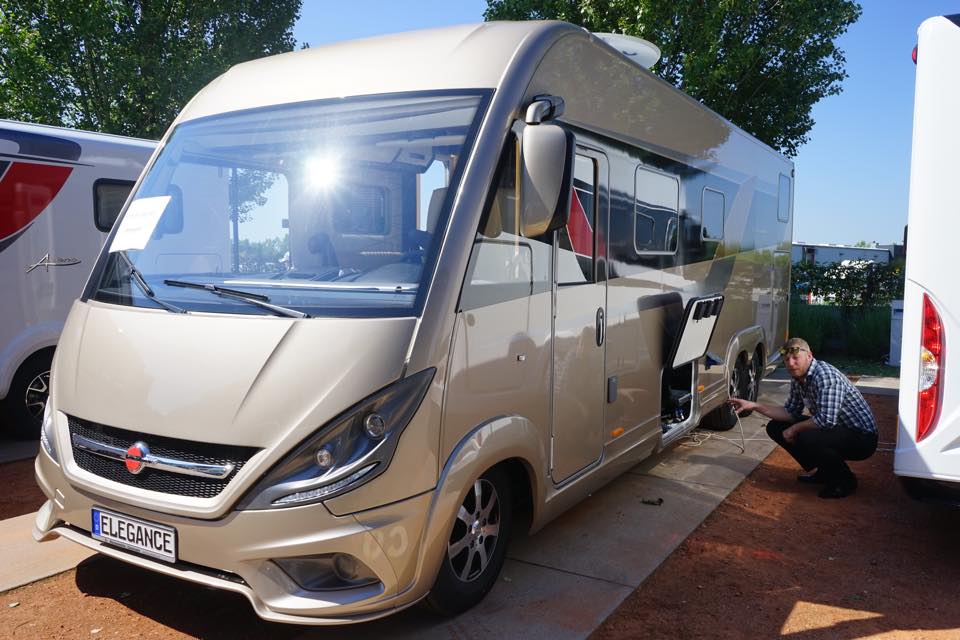 Last month I travelled to Southern Germany for my annual pilgrimage. At the top of the list was attending the Bürstner Dealer conference in Kehl and then visiting the team at Carado and HYMER, two of Bürstner's sister companies before finishing off my pilgrimage at the Erwin Hymer Museum.

Bürstner invites dealers from around the world each year to their headquarters in South West Germany to hear about the latest advances in motorhome technology and their new models for the next season. We joined dealers from South Korea, Iceland, Finland, Scandinavia and the UK at the English speaking conference. Unlike the caravan sector, the motorhome industry continues to experience growth and the Hymer Group (of which Bürstner is the biggest brand) is overrepresented, having four of its brands in the top six.

The highlight of the dealer conference was the unveiling of the completely redeveloped Bürstner Ixeo, which made its mark by replacing the bulky cabover design with an aerodynamic semi-integrated concept. The drop down bed which tucks into the ceiling when not in use, has taken this space-saving concept one step further. The 2016 model features a 'north south' drop down bed which lowers to seat height making getting in and out of bed easier and doing away with the ladder. The prototype revealed had done away with the second bed in the rear and used the space for an extra large bathroom and kitchen allowing more room in the lounge. All in all, the latest reincarnation of the Ixeo is comfortable and super spacious - concepts I am sure will resonate well with Kiwis.

What I love about visiting Bürstner is that they’ve always got something new and exciting to show their dealers. They’re certainly going places. 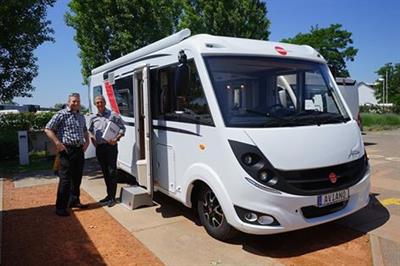 When I travelled to Southern Germany last month, I had a full itinerary planned and excitement was high. Having already seen what Bürstner has in store for 2016, we were anxious to meet the Carado team since we had only recently secured the rights to exclusively distribute the brand in New Zealand.

While Carado's production facility is located in Neustadt near Dresden in the former East Germany, its headquarters is in Leutkirch Im Allgåu, in the heart of Motorhome Mecca. So it was to Leutkirch we headed to meet the team we would be working with to deliver this exciting young brand to the New Zealand market. Not only is the brand young but so too are most of the team it seems, giving the place an energy and optimism that perhaps explains its stellar success in the European RV market.

The Carado brand has been built on doing the tried and tested and doing it well, day in and day out. Unlike other major brands, they produce only 14 models - the most popular. Instead of focusing on innovation, they focus on quality and value.

That's what sets Carado apart from other brands in the entry-level segment - their motorhomes are affordable because of scale and uniformity, not because any corners were cut in design or manufacturing.

There was still more to see and do in South Germany but after having met the teams at Bürstner and Carado I am confident that we are providing our customers with vehicles that are at the forefront of the motorhome and caravan industry.

The historic bahnhof (train station) in the photo below, which is next door to Carado's HQ in Leutkirch im Allgåu was a lot more photogenic than the Carado building. 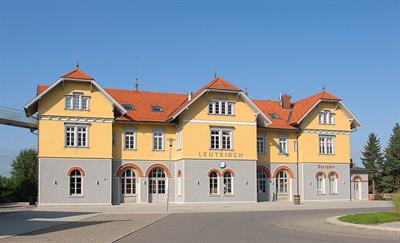 A trip to Motorhome Mecca would not be complete without a stop at the Erwin Hymer Museum to check out the more than 80 exhibits that tell the story of the history of motorhoming in Europe.

Across the road from the HYMER factory is the Erwin Hymer Museum. This purpose built 6000 square metre exhibition tells the story of recreational vehicle manufacturing in Europe - starting with the earliest caravans and showcasing the advances in design and production over the years. Interestingly, most of the stories on the panels next to the classic motorhomes and caravans began with “Mr X built a caravan for his family. His friends loved it and asked him to build one for them. And so the Y company began”.

Aside from the remarkable collection of nearly 100 motorhomes and caravans dating back to the 1920s, the museum also has many interactive displays. The computer generated “build a motorhome” application tests your knowledge of the order in which a motorhome is put together. Thankfully we had just completed the HYMER factory tour so we were well prepared.

The test of a really great museum is the amount of time you spend there without looking at your watch. Suffice to say, closing time came much earlier than anticipated.

As our trip drew to close, I could safely say that we had a much greater appreciation of where the industry has come from and a sense of what’s possible in the future of European RV industry.