Motorhome owners and would-be owners converged on the ASB Showgrounds in Auckland for the 2021 Covi Supershow this past weekend. The Supershow, an annual event held in March, is billed as New Zealand’s biggest motorhome show. Enthusiasts from all over the North Island and some from further afield gathered in Auckland to view the latest and greatest in recreational vehicles.

A lot has changed in the 12 months since the last Covi Supershow. In fact, we were wrapping up on the final day of the show last year when the Prime Minister announced that New Zealand’s border would be closed within a few days to limit the possibility of the Covid-19 virus entering the country. Since then, travel outside New Zealand has been almost impossible due to the restrictions. Unsurprisingly, thousands of Kiwis have decided now is the perfect time to explore their own country. 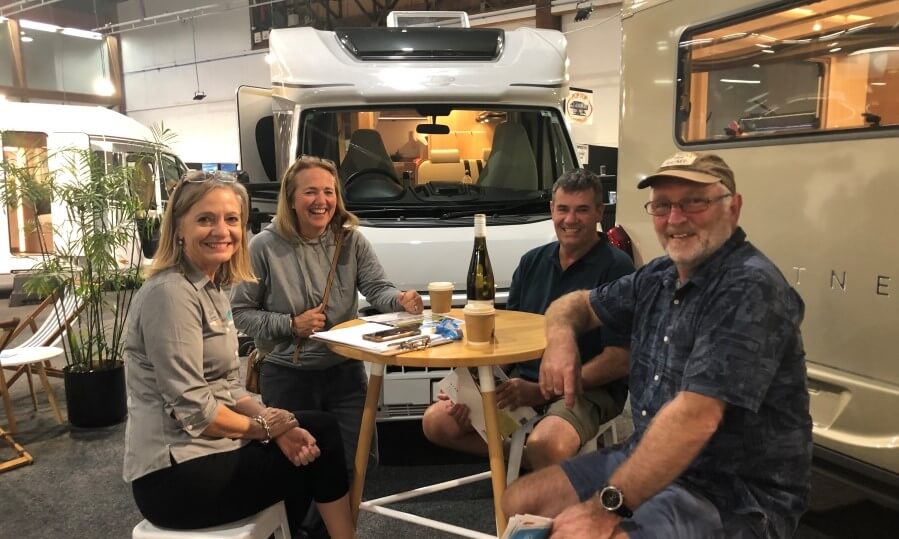 In the past year, many people who have been thinking about buying a motorhome later in life have brought their purchase forward. Combine this with the entry of newcomers who hadn’t even considered motorhome ownership until international travel was taken off the agenda and you have a very hot market. While Covi Supershow visitor numbers aren’t yet available, our observations were that there were a similar number of visitors as last year. However, we noticed a lot more buyers ready to purchase.

Supply issues with overseas manufacturers combined with shipping problems have had a negative effect on the availability of motorhomes causing a once in generation squeeze on the motorhome market. A few dealers who were low on stock decided not to exhibit and the dealers who were there had fewer vehicles on show than in previous years. So overall, the choice was more limited than in any year in the past few years.

Demand for the few motorhomes that dealers had in stock was extremely high. Purchasing a motorhome is a big decision so it pays to sleep on it overnight before taking the plunge. However, a couple of buyers were disappointed when they returned on Saturday morning to sign up only to find that the last one was sold only minutes before.

Most dealers were taking motorhome orders for delivery later this year. For some makes and models, the wait is much longer - up to 18 months or two years. We noticed that not everyone is happy to wait. While buyers came with their checklists of specifications that were important to them, a number were keen to just secure something that would get them on the road in the next few months. With the urgency to make a purchase, many buyers were willing to trade off on at least some of the items on their “must-have” list.

3. The top end of the market is moving the most

In contrast to the past couple of years, we noticed that the demand for our high end models was much stronger than our value brands and used motorhomes. Our Bürstner Lyseo TD744 Harmony Line with two lounges was our most popular motorhome on the show. Kiwis just love the flexibility of the permanent bed that folds away into the ceiling during the day allowing the rear room to be converted into a spacious lounge. The three large windows provide a panoramic view out the back - something quite rare in a European motorhome. The fold down bed upfront is ideal when you’re travelling with grandkids or friends. But if there’s just the two of you, you each have your own space to relax.

Our new Carado V337 drew lots of attention. This model arrived just before Christmas and is proving really popular with buyers looking for a well designed and built motorhome under seven metres.

4. Not everyone wants a big motorhome

Buyers who love the idea of a compact motorhome under seven metres gravitated to the Carado T348. While we don’t have any available new, there was a lot of interest in the ones coming off our Wilderness Motorhome Rentals fleet this year (Compact for 4). At under $100k, they’re great value.

I met a couple who hired the Compact for 2 recently and shared a great tip with me. They took a pocket sized projector with a Bluetooth connection to their laptop computer and screened movies on the back wall of their motorhome in the evenings. The onboard Wifi they purchased with their Wilderness rental gave them plenty of data to stream their favourite movies. Adventure during the day and relax at night with your home cinema!

5. European motorhomes are well established in the New Zealand market

We were struck by the fact that European motorhomes are now very mainstream. In fact, the majority of new motorhomes we notice on the road are European (but maybe there’s a little bit of bias?) When Wilderness first started importing Bürstner motorhomes in 2011, they were a real oddity. People were suspicious about the layouts, the smaller kitchen and the habitation door on the driver's side. After ten years and a couple of thousand European motorhomes now on New Zealand roads, these concerns have largely gone away.

In fact, many of the concerns seem to be related to baseless fears and myths. We had several people say they wouldn’t buy a German motorhome because you can’t export them to Australia. The myth that Australia prohibits the importation of motorhomes with the habitation door on the driver’s side is just that - a myth. The Australian rule is that the motorhome must have a door that opens on the passenger side. The Australian Design Rule 44.8. States that “every motor vehicle (motorhome) or trailer (‘Caravan’) equipped with fuel burning (cooking) facilities or living or sleeping accommodation shall have only outward-opening or sliding doors. At least one such door shall be located on the left-hand side or at the rear.”

Most European motorhomes imported into New Zealand are semi-integrated which means they have cab doors on both the driver and passenger sides. Every now and then, you’ll see an integrated motorhome with no cab doors and only a habitation door on the driver’s side. These are rare. By far the vast majority of European motorhomes imported into New Zealand meet Australian Design Rule 44.8.

We suggest that if someone tells you what the rules are about what you can and can’t do with a motorhome - whether in New Zealand or somewhere else, ask them for the source of their  information and verify it for yourself.

We met a lot of Wilderness customers who came to the show with the intention of upgrading the motorhome they had purchased from us a few years ago. Many were keen to take advantage of a few of the new features in the Bürstner range, especially the continuous thermo double floor which is a real game changer. This innovation, first rolled out in Bürstner's 2019 models, not only eliminates any internal steps that create a trip hazard, the thermal properties of the floor add even more heat retention to what is already a very warm motorhome.

One of our Bürstner owners told me that he was in the market for a new Lyseo motorhome but that he had no intention of selling his old one. He said that buying the Bürstner Lyseo IT728 was the “best decision I’ve ever made.” He has added a number of customisations including clever storage solutions in the big garage which have meant he gets the most out of the motorhome. His plan is to let the “kids” borrow the Lyseo IT728 and he and his wife will use the new one. Lucky kids! 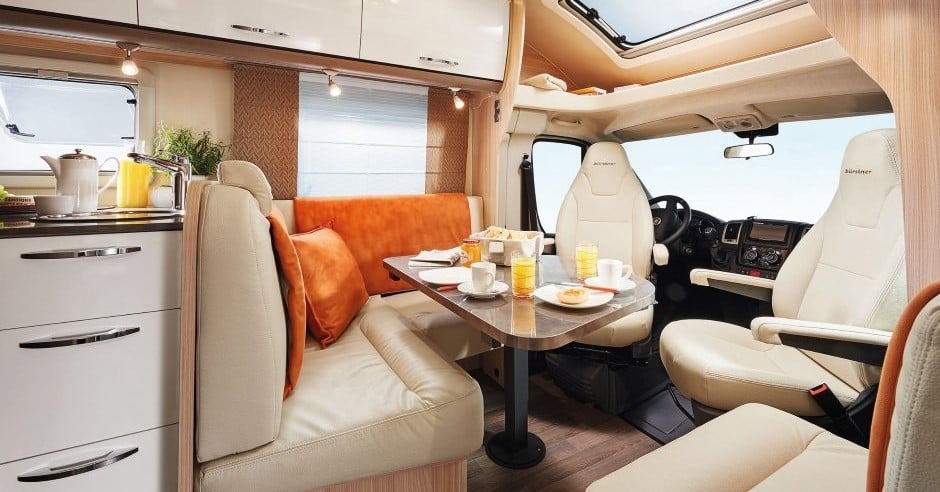 The Covi Supershow 2021 was one of our most successful shows. We are very grateful to all those who visited us on stand 251 and shared their hopes, aspirations and stories. We are so excited that there will be many more newbies on the road in their new Bürstner, Carado or HYMER motorhome over the next few months.

All our show kit is packed away now and the team are having a well earned rest - for a day!

Author Mary Hamilton is a founder of Wilderness Motorhomes. She has over fifteen years of experience in the motorhome sales and rental industries. Mary keeps her finger on the pulse of the industry and loves to empower motorhome owners and prospective buyers by sharing these insights through our blog.